Compulsory education is one-size fits all, state mandated schooling. It is the unconstitutional application of force to our neighbor’s children and stands in direct opposition to an agency-based education centered in free will.

We strongly encourage you to become educated on this critical issue by watching this video and the videos referenced below if you would like to become involved in this issue.

In this 6 minute video, Oak Norton explains why we should end compulsory education. A shortened version of the text of the video appeared in the Deseret News and was authored by Senator Aaron Osmond and Oak Norton. The full text is below.

The Framers of the Constitution declared that America was the great experiment in self-government. We were to be given the freedom to govern ourselves as long as we didn’t violate someone else’s rights. Abraham Lincoln expressed this when he declared that our union was a government “of the people, by the people, and for the people.”

In other words, our republic derives its power from we the people. We give government permission to do certain things that we ourselves have a right to do, but would be less efficient in doing so as individuals. If we don’t have a right to do something, we can’t delegate it to government.

For example, we have a natural right to self-defense. Since we have that right, we can delegate authority to a Sheriff to keep the peace, and we can have a national military to protect us from foreign invasion.

We have no individual right to go into our neighbor’s home and take his property for what ever use without his permission. By the same token, we cannot delegate to the government the power to confiscate our neighbor’s property and redistribute it.

In like manner, if my neighbor’s children belong to him, then we cannot delegate to the government the power to enforce compulsory education or truancy laws on him or his children.

Both the U.S. supreme court and the State of Utah recognize that parents have a “fundamental liberty interest” for the education of their children. That being the case, we cannot provide government a legal power that trumps that parental right by way of compulsory education and truancy laws.

Under state laws, we mandate what a child must know, when they must know it, where they must go to learn it, how they should learn it, who must teach them, how long they should be taught, and why our children must have these things taught to them to the exclusion of other things parents deem important.

Prior to compulsory education, parents and teachers worked together, there was less bureaucracy, less red tape, little data tracking beyond achievement, much less testing, and more opportunity for an education tailored to the child’s needs.

It’s well documented what happens when children are engaged in things that interest them and when they learn at their own pace. The Homeschool Legal Defense Association has documented research that indicates that children who pursue things that interest them and are allowed to learn at their own pace outscore children in general in the public school system by about 60%. 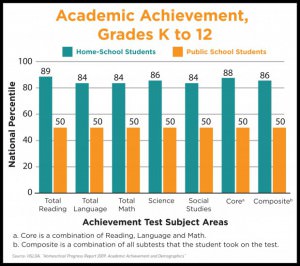 The difference lies in parents having the freedom to tailor the educational experience to the child’s needs and teachers being free to do what they know is best to meet the needs of both the parents and children.

What are we teaching our children through compulsory education?

“Compulsory education is the chink in the armor of capitalist societies: they try to teach children the values of contract and initiative, but base their educational system on compulsion and conformity. Communist societies suffer from no such inconsistency: they try to teach their children command and obedience, and their educational system is consistent with inculcating this ethic.”

We send a mixed message to our children when we say we live in a free land, and then force them into a ridged, centralized, impersonal school system.

But what about those who choose not to attend school? Students who choose to not show up and not do the subject matter will quickly learn the real-life consequences of failure to work and achieve. On the other hand, students who can learn the material outside of school and demonstrate initiative in taking their education upon themselves, should not be forced to sit in a classroom watching others learn what they already know.

Thomas Jefferson addressed the failure of a parent to educate his child when he said:

“It is better to tolerate the rare instance of a parent refusing to let his child be educated, than to shock the common feelings and ideas by the forcible asportation and education of the infant against the will of the father.” -Thomas Jefferson: Note to Elementary School Act, 1817, ME 17:423

Ending compulsory education and truancy laws will not be the destruction of public education. It is only the restoration of the natural rights of self-government that have been taken away from the people. The people deserve some choice in what their children learn and who teaches them.

The bottom line is, are we willing to live by principles of liberty and individual agency, or continue to embrace the fears that education requires compulsion because free will is too dangerous to leave to chance?

We should let students experience freedom in the classroom and understand how choice benefits them now, and they will respect choice and freedom for others when their time to lead arrives.

In closing, this quote from Frederick Bastiat’s writings in “The Law” seems fitting.

“God has given to men all that is necessary for them to accomplish their destinies… persons are so constituted that they will develop themselves harmoniously in the clean air of liberty… Away with their artificial systems…the whims of governmental administrators, their socialized projects, their government schools, their state religions…

And now that the legislators and do-gooders have so futilely inflicted so many systems upon society, may they finally end where they should have begun: May they reject all systems, and try liberty; for liberty is an acknowledgment of faith in God and His works.”

Please speak with your legislators today about supporting Senator Aaron Osmond’s bill to end compulsory education. It will be run during the 2014 Utah legislative session.

For additional videos and information please visit these pages: 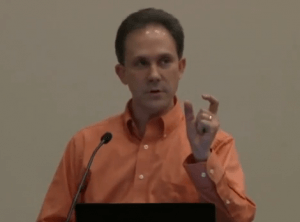 In this 30 minute presentation by Oak Norton on ending compulsory education, he gives a brief history of where it came from, who is behind it, and why it needs to be removed. There are several valuable resources presented at the bottom of the page including references on “fundamental liberty interest” laws protecting parents rights in Utah and U.S. Supreme Court cases, and other related material. 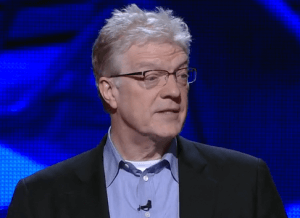 In this 20 minute TED presentation by Sir Ken Robinson on Escaping Education’s Death Valley, he helps reshape our thinking on some of the problems with No Child Left Behind (and by similarity Common Core’s agenda) by rethinking our one-size fits all school system mentality.

Senator Aaron Osmond has written a great piece on ending compulsory education. Subtitled, “renewing accountability for parents and respect for educators,” Aaron lays out a few reasons compulsory education interferes with what should be a more market-based approach that involves mutual respect between parties.