Take Back Your Education 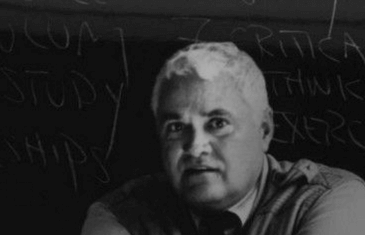 More and more people across America are waking up to the mismatch between what is taught in schools and what common sense tells us we need to know. What can you do about it?

Nobody gives you an education. If you want one, you have to take it.

Only you can educate you—and you can’t do it by memorizing. You have to find out who you are by experience and by risk-taking, then pursue your own nature intensely. School routines are set up to discourage you from self-discovery. People who know who they are make trouble for schools.

To know yourself, you have to keep track of your random choices, figure out your patterns, and use this knowledge to dominate your own mind. It’s the only way that free will can grow. If you avoid this, other minds will manipulate and control you lifelong.

One method people use to find out who they are becoming, before others do, is to keep a journal, where they log what attracts their attention, along with some commentary. In this way, you get to listen to yourself instead of listening only to others.

Another path to self-discovery that seems to have atrophied through schooling lies in finding a mentor. People aren’t the only mentors. Books can serve as mentors if you learn to read intensely, with every sense alert to nuances. Books can change your life, as mentors do.

I experienced precious little of such thinking in 30 years of teaching in the public junior high schools of Manhattan’s ultra-progressive Upper West Side. I was by turns amused, disgusted, and disbelieving when confronted with the curriculum—endless drills of fractions and decimals, reading assignments of science fiction, Jack London, and one or two Shakespeare plays for which the language had been simplified. The strategy was to kill time and stave off the worst kinds of boredom that can lead to trouble—the trouble that comes from being made aware that you are trapped in irrelevancy and powerless to escape.

Institutionalized schooling, I gradually realized, is about obedience in exchange for favors and advantages: Sit where I tell you, speak when I allow it, memorize what I’ve told you to memorize. Do these things, and I’ll take care to put you above your classmates.

Wouldn’t you think everyone could figure out that school “achievement tests” measure no achievement that common sense would recognize? The surrender required of students meets the primary duty of bureaucratic establishment: to protect established order.

It wasn’t always this way. Classical schooling—the kind I was lucky enough to have growing up—teaches independent thought, appreciation for great works, and an experience of the world not found within the confines of a classroom. It was an education that is missing in public schools today but still exists in many private schools—and can for you and your children, too, if you take time to learn how to learn.

On the Wrong Side of the Tracks

In the fall of 2009, a documentary film will be released by a resident of my hometown of Monongahela, Pennsylvania. Laura Magone’s film, “One Extraordinary Street,” centers on a two-mile-long road that parallels polluted Pigeon Creek. Park Avenue, as it’s called, is on the wrong side of the tracks in this little-known coal-mining burg of 4,500 souls.

So far Park Avenue has produced an Army chief of staff, the founder of the Disney Channel, the inventor of the Nerf football, the only professional baseball player to ever strike out all 27 enemy batsmen in a nine-inning game, a winner of the National Book Award, a respected cardiologist, Hall of Fame quarterback Joe Montana, and the writer whose words you’re reading.

Did the education Monongahela offered make all these miracles possible? I don’t know. It was an education filled with hands-on experience, including cooking the school meals, serving them individually (not cafeteria-style) on tablecloths, and cleaning up afterward. Students handled the daily maintenance, including basic repairs. If you weren’t earning money and adding value to the town by the age of seven, you were considered a jerk. I swept out a printing office daily, sold newspapers, shoveled snow, cut grass, and sold lemonade.

Classical schooling isn’t psychologically driven. The ancient Greeks discovered thousands of years ago that rules and ironclad procedures, when taken too seriously, burn out imagination, stifle courage, and wipe the leadership clean of resourcefulness. Greek education was much more like play, with studies undertaken for their own sake, to satisfy curiosity. It assumed that sane children want to grow up and recognized that childhood ends much earlier than modern society typically allows.

We read Caesar’s Gallic Wars—in translation between fifth and seventh grades and, for those who wanted, in Latin in ninth and tenth grades. Caesar was offered to us not as some historical relic but as a workshop in dividing and conquering superior enemies. We read The Odyssey as an aid to thinking about the role of family in a good life, as the beating heart of meaning.

Monongahela’s education integrated students, from first grade on, into the intimate life and culture of the town. Its classrooms were free of the familiar tools of official pedagogy—dumbed-down textbooks, massively irrelevant standardized tests, insanely slowed-down sequences. It was an education rich in relationships, tradition, and respect for the best that’s been written. It was a growing-up that demanded real achievement.

The admissions director at Harvard College told The New York Times a few years ago that Harvard admits only students with a record of distinctive accomplishment. I instantly thought of the Orwellian newspeak at my own Manhattan school where achievement tests were the order of the day. What achievement? Like the noisy royalty who intimidated Alice until her head cleared and she realized they were only a pack of cards, school achievement is just a pack of words.

As a schoolteacher, I was determined to act as a deliberate saboteur, and so for 30 years I woke up committed to making the system hurt in some small way and to changing the destiny of children in my orbit in a large way.

Without the eclectic grounding in classical training that I had partially absorbed, neither goal would have been possible. I set out to use the classical emphasis on qualities and specific powers. I collected from every kid a list of three powers they felt they already possessed and three weaknesses they might like to remedy in the course of the school year.

I pledged to them that I’d do my level best inside the limitations the institution imposed to make time, advice, and support available toward everyone’s private goals. There would be group lessons as worthwhile as I could come up with, but my priorities were the opportunities outside the room, outside the school, even outside the city, to strengthen a power or work on a weakness.

I let a 13-year-old boy who dreamed of being a comic-book writer spend a week in the public library—with the assistance of the librarian—to learn the tricks of graphic storytelling. I sent a shy 13-year-old girl in the company of a loudmouth classmate to the state capitol—she to speak to her local legislator, he to teach her how to be fearless. Today, that shy girl is a trial attorney.

If you understand where a kid wants to go—the kid has to understand that first—it isn’t hard to devise exercises, complete with academics, that can take them there.

I quit teaching in 1991 and set out to discover where this destructive institution had come from, why it had taken the shape it had, how it managed to beat back its many critics for a century while growing bigger and more intrusive, and what we might do about it.

School does exactly what it was created to do: It solves, or at least mitigates, the problem of a restless, ambitious labor pool, so deadly for capitalist economies; and it confronts democracy’s other deadly problem—that ordinary people might one day learn to un-divide themselves, band together in the common interest, and take control of the institutions that shape their lives.

The present system of institutionalized schooling is a product of two or three centuries of economic and political thinking that spread primarily from a militaristic state in the disunited Germanies known as Prussia. That philosophy destroyed classical training for the common people, reserving it for those who were expected to become leaders. Education, in the words of famous economists (such as William Playfair), captains of industry (Andrew Carnegie), and even a man who would be president (Woodrow Wilson), was a means of keeping the middle and lower classes in line and of keeping the engines of capitalism running.

What Can You Do About All This? A lot.

You can make the system an offer it can’t refuse by doing small things, individually.

You can publicly oppose—in writing, in speech, in actions—anything that will perpetuate the institution as it is. The accumulated weight of your resistance and disapproval, together with that of thousands more, will erode the energy of any bureaucracy.

You can calmly refuse to take standardized tests. Follow the lead of Melville’s moral genius in Bartleby, the Scrivener, and ask everyone, politely, to write: “I prefer not to take this test” on the face of the test packet.

You can, of course, homeschool or unschool. You can inform your kids that bad grades won’t hurt them at all in life, if they actually learn to master valuable skills and put them on offer to the world at large. And you can begin to free yourself from the conditioned fear that not being accepted at a “good” college will preclude you from a comfortable life. If the lack of a college degree didn’t stop Steve Jobs (Apple), Bill Gates (Microsoft), Michael Dell (Dell Computer), Larry Ellison (Oracle), Ingvar Kamprad (IKEA), Warren Avis (Avis Rent-a-Car), Ted Turner (CNN), and so many others, then it shouldn’t be too hard for you to see that you’ve been bamboozled, flummoxed, played for a sap by the propaganda mills of schooling. Get rid of your assumptions.

If you are interested in education, I’ve tried to show you a little about how that’s done, and I have faith you can learn the rest on your own. Schooling operates out of an assumption that ordinary people are biologically or psychologically or politically inferior; education assumes that individuals are sovereign spirits. Societies that don’t know that need to be changed or broken.

Once you take responsibility for your own education, you’ll join a growing army of men and women all across America who are waking up to the mismatch schools inflict on the young—a mismatch between what common sense tells you they’ll need to know, and what is actually taught. You’ll have the exquisite luxury of being able to adapt to conditions, to opportunities, to the particular spirits of your kids. With you as educational czar or czarina, feedback becomes your friend and guide.

I’ve traveled 3 million miles to every corner of this country and 12 others, and believe me, people everywhere are gradually waking up and striking out in new directions. Don’t wait for the government to say it’s OK, just come on in—the water’s fine.

John Taylor Gatto wrote this article for Learn as You Go, the Fall 2009 issue of YES! Magazine. Gatto was a New York State Teacher of the Year. An advocate for school reform, Gatto’s books include Dumbing Us Down: The Hidden Curriculum of Compulsory Schooling and Weapons of Mass Instruction.

YES! Magazine encourages you to make free use of this article by taking these easy steps. This work is licensed under a Creative Commons License

Take Back Your Education